We had contemplated staying in Gothenburg another day due to the snowfall but in the end we decided to crack on. It took the whole day to drive to Oslo and we were really excited to finally be arriving in Norway.

We arrived in Oslo the Thursday before last to heaps of snow which was thick and piled up along the roads. The snow was covered in grit and looked grey and miserable.

We found a great campsite, high above Oslo in Bogstad. It is huge with room for about 800 caravans and motorhomes and cabins. We took it steady with the RV as there was so much ice.

Surrounding the campsite were ski trails and the boys were in their element.

Friday we decided to see a bit of Oslo and headed straight to the Viking museum. It’s a beautiful building housing a couple of Viking boats that had been found buried and then beautifully restored. 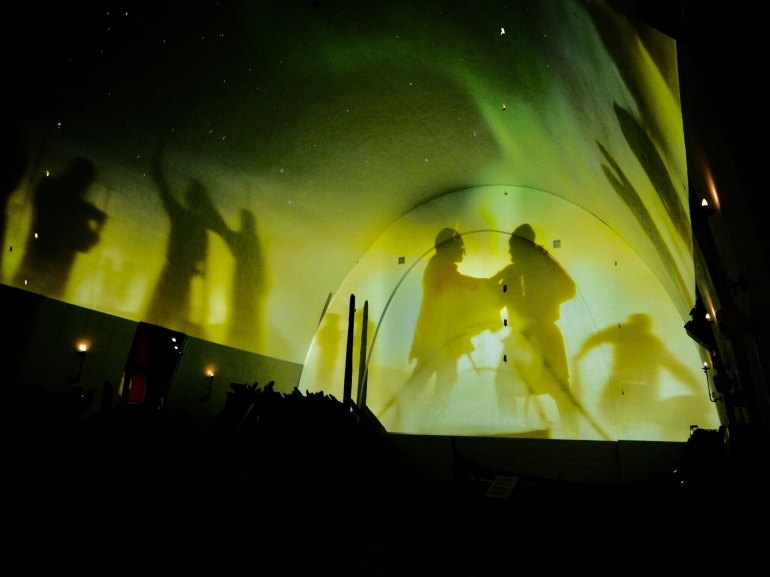 After the museum we headed to the palace to see the changing of the guard. We were freezing and we kept thinking how cold the soldiers must be, they didn’t seem to have very warm clothing on.

The boys managed to get a photo with the obliging young guard. 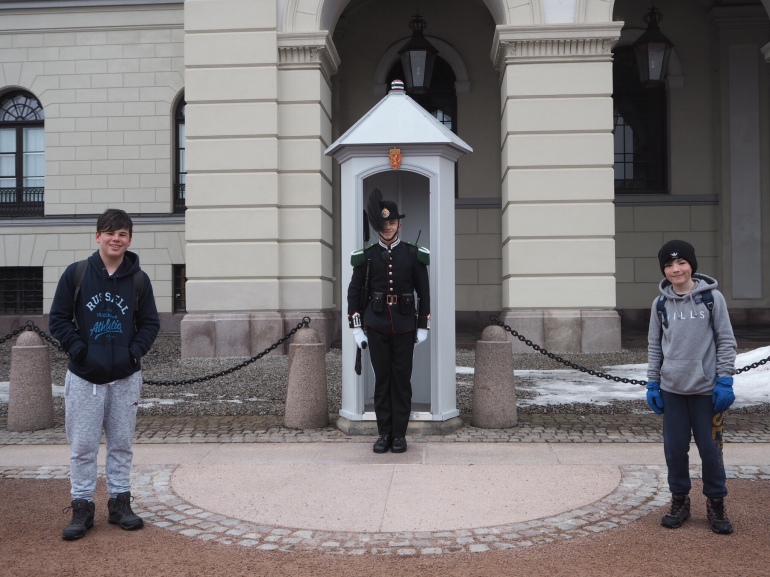 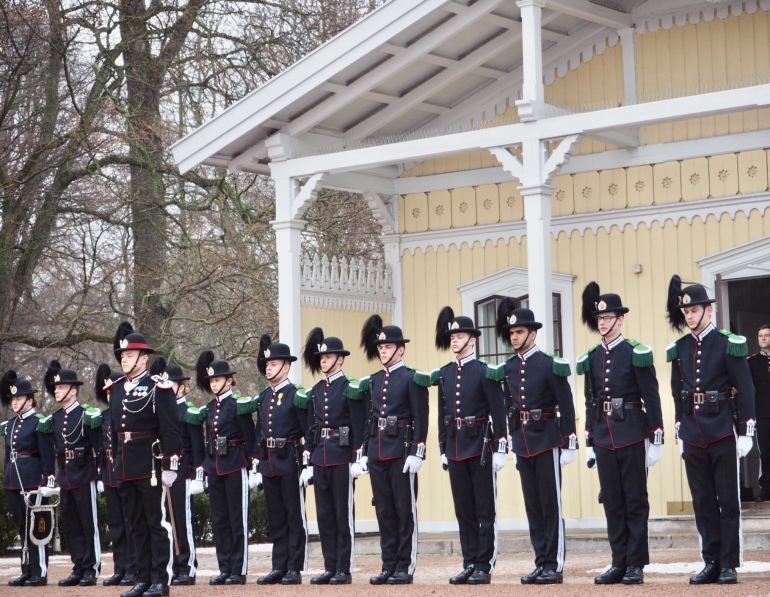 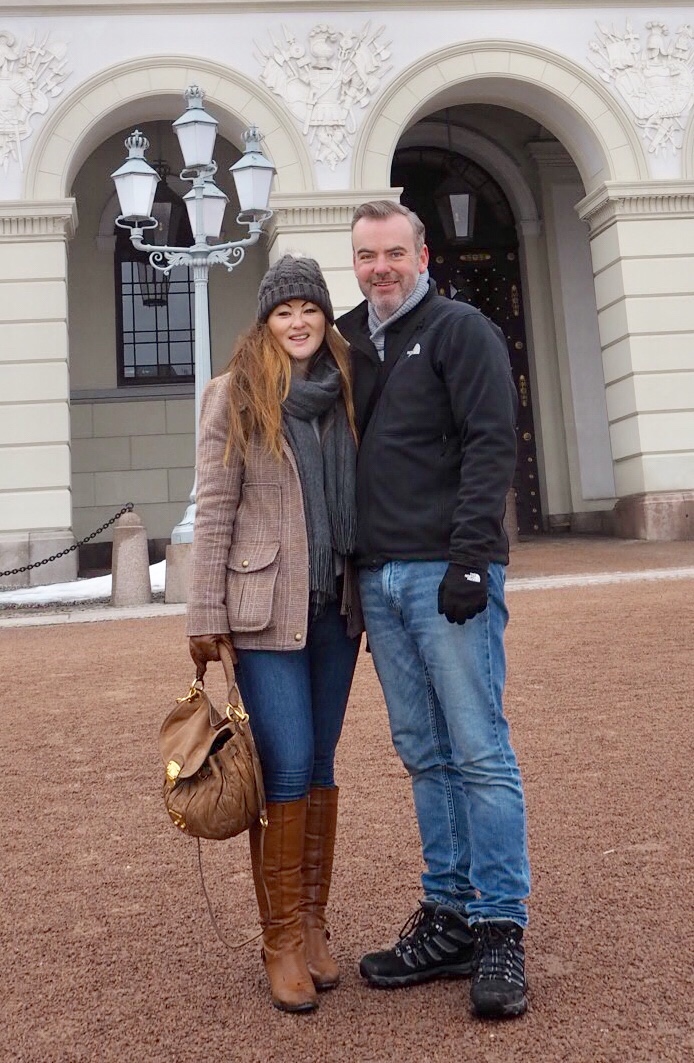 We rounded off the day by testing out our new sledge at the campsite. The following day we ploughed on to Kristiansand, the campsite we had researched turned out to be closed for winter but the owner kindly let us stay overnight.

Finally the last leg of our journey to see our friends, the drive from Kristiansand to Stavanger was absolutely breathtaking and one I would recommend to anyone visiting Norway, it took around 5 hours. It made a really welcome change to drive on roads other than the highways which have become quite boring now. There was snow covering the fields and mountains and some of the fjords were thick with ice.

We spent a lot of time in tunnels too, we were getting used to the Norwegian road system

We made it to Sola by dinner time, Nina, Hein, Andrine, Kristiane and Aleksander were waiting for us and they had figured out the perfect parking for the RV! – right outside their neighbours house

So happy to have finally arrived ❤️

We are retired expats and after 14 years of living and working in Asia have decided to travel Europe as we certainly aren’t ready to settle down and haven’t yet defined what retirement means or looks like and still don’t know where to call home. View all posts by retiredtoexplore