I am 14 and a couple years ago when we were all eating dinner at home in Singapore my dad brought up an idea that we could do something big after he retired. That idea was not just to move to the UK (which was already big for me and Mikey as we had never lived out of Asia) but once we got there, to travel for 1 whole year around Europe. 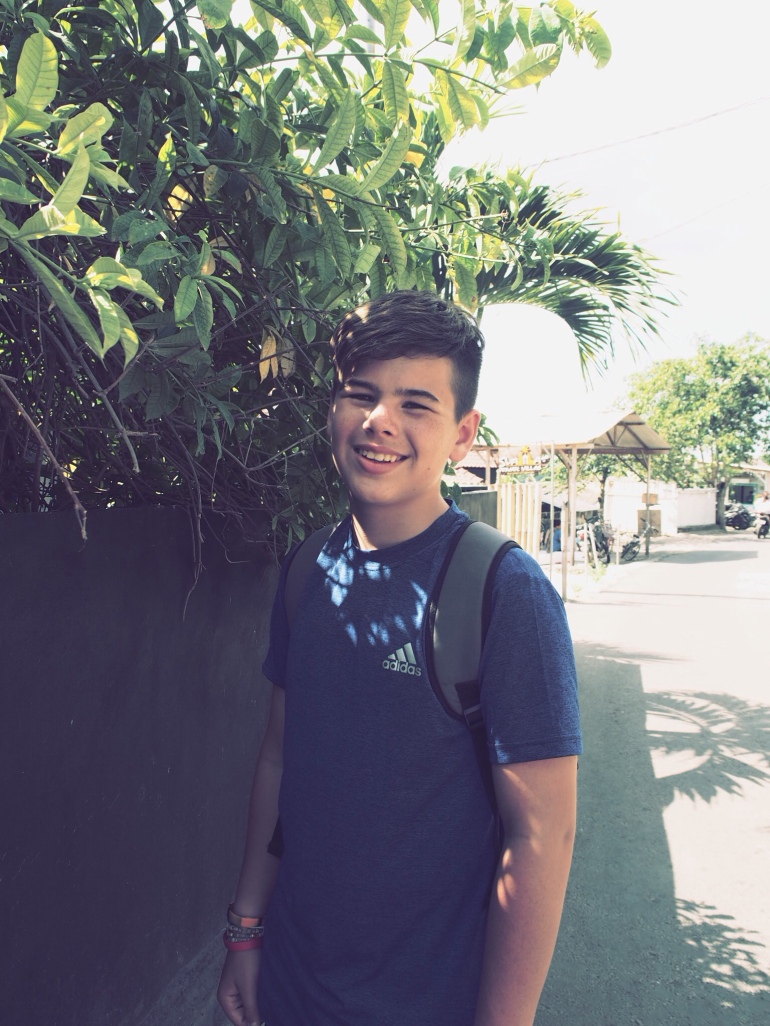 It was going to be really tough leaving my friends in Singapore, my school GEMS World Academy, the tropical heat and all the delicious foods that I loved. I was going to miss the Asian culture I was used to, but we had to leave.

Even though travelling is normal for us this was going to be a big step.

After leaving Singapore we spent 3 chilled months in Bali at our villa before getting to the UK and moving into our holiday house in Devon whilst we looked for the RV we would take on our trip around Europe. 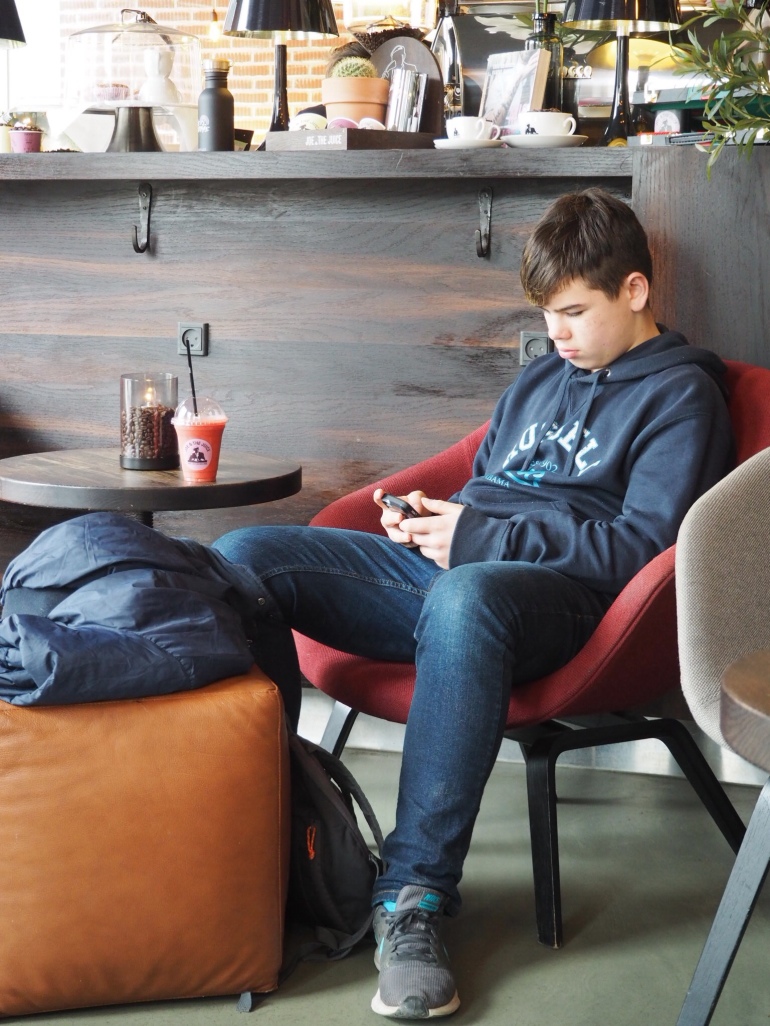 Moving to Devon was a massive step and all our stuff was still in the shipping container. It wasn’t good not having all my things around me. I missed my friends from Singapore, I missed my school and I missed my life in Singapore.

The most exciting thing about moving to the UK though was having things we don’t have in Singapore which is seasons. We had only lived in hot and humid countries so going to England in the winter sounded like a cool idea. Our parents thought differently as they knew it was going to be damn cold and that after a week we would be begging to go back to Asia. Which eventually I was thinking about.

We had to do something about our education, Mikey and I are in the stages of middle school, so dad thought that he could homeschool us as he is a really intelligent guy.

He homeschooled us for a bit but soon after mum and dad realised Mikey and I needed to be with other kids our age to talk to and hang out with so we all decided that we should go to regular school. 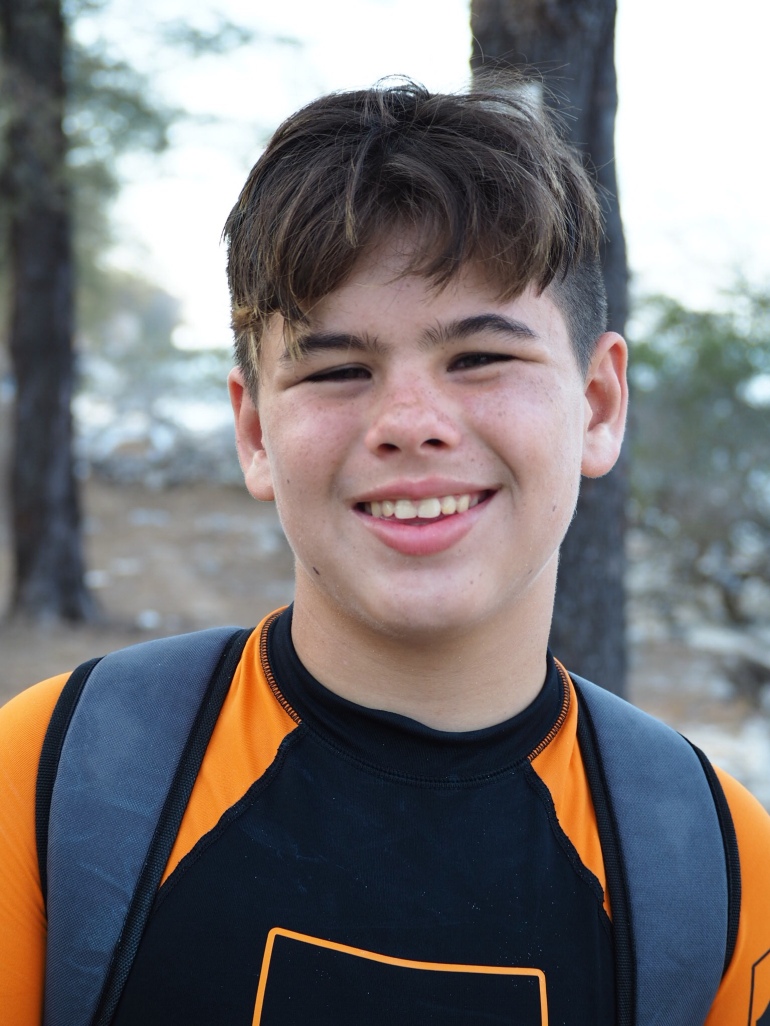 We chose Kingsbridge Community College, even though it was further away from home. We liked it a lot.

I was really nervous on the first day because it was my first time in a school in England. It is very different from the international schools that I am used to.

In international schools you fit in on the first day as it’s not that unusual that you have lived in lots of different places all your life and you have just moved to this country. 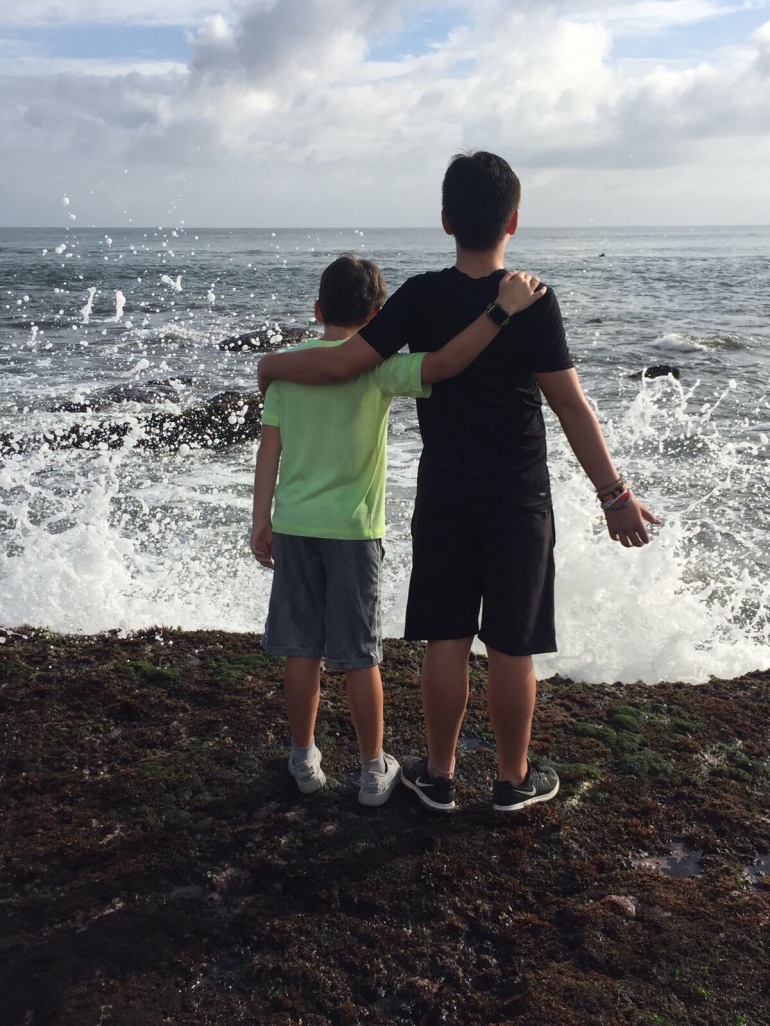 The second reason it’s so different is because most people are from England, everyone knows each other and some people haven’t even left the country or county. So on the first day I was crowded by lots of people who were quite excited. It was really scary as they were asking me so many questions. It was was really difficult making friends or even remembering where my classes were. Eventually I made a couple friends and then I made more and I remembered where my classes were. 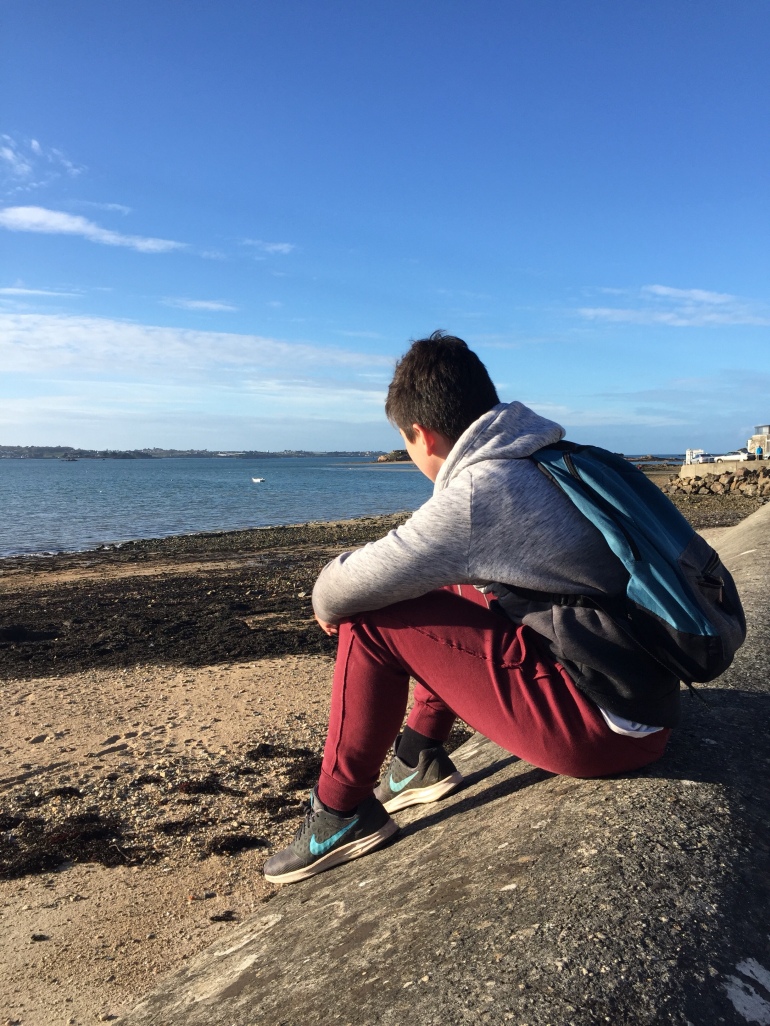 I then met this girl who I made really good friends with and then we started to date…her name is Jessica. Soon I had a group of friends then a new kid joined the school and I became his good friend, he is called Riley. We had most of our classes together.

Whilst Mikey and I were at school Dad and Mum were renovating the RV we had bought. February 16th 2018 was when we would get on the ferry to go to Europe for a year.

After a while in the UK it got closer to leaving again and it hit me that this was actually happening and that for one whole year we will be traveling around Europe exploring all the amazing history and culture. I was excited for this as a couple years back is was all just a idea a dream but now it’s reality and it will be so cool. 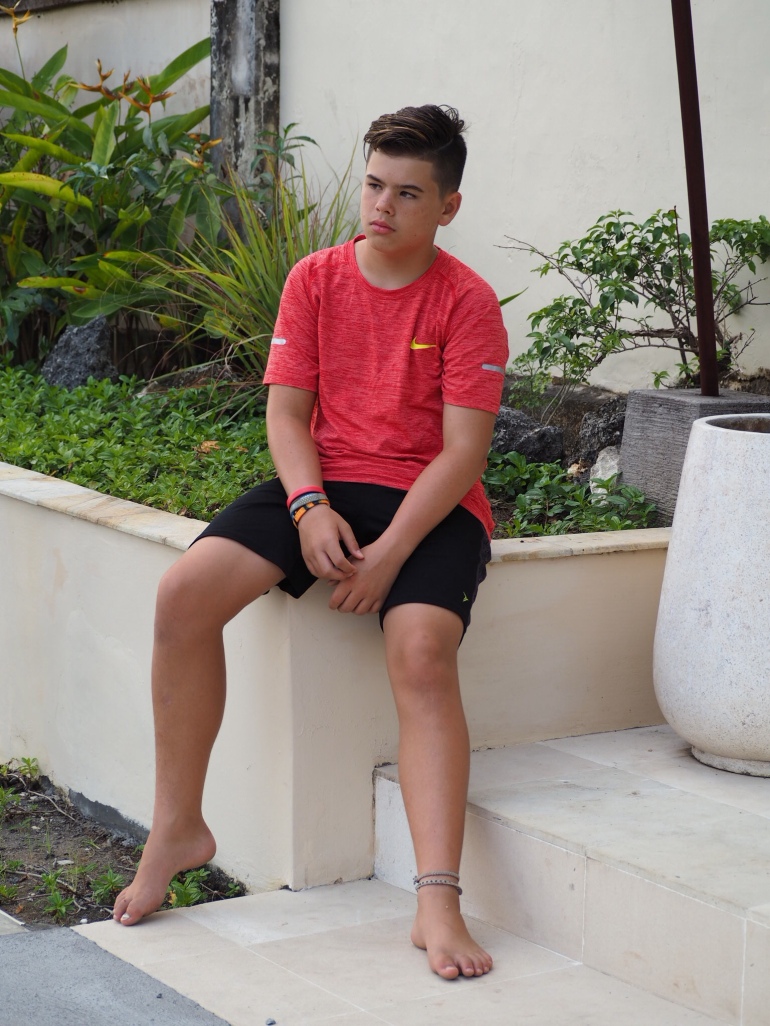 The day finally arrived I’d said my goodbyes to all my friends, we were quite upset as I had literally just got to this school and now I was leaving Devon.

Our RV is the largest RV we have ever stayed in…it’s pretty amazing.

The downside of living in an RV with 3 other people and a stink bomb a.k.a. our bulldog Lester is there isn’t a lot of room and it can get quite stressful. Especially when you are all trying to get ready for the day. Another thing that I haven’t mentioned is that we have a Mini Cooper. We got a Mini for one reason and one reason only that is because it is a small car and we can tow it on the back of the RV. We tow it using an A-Frame, it is really heavy which makes life harder for us. I help dad connect the mini and disconnect it when we arrive somewhere. 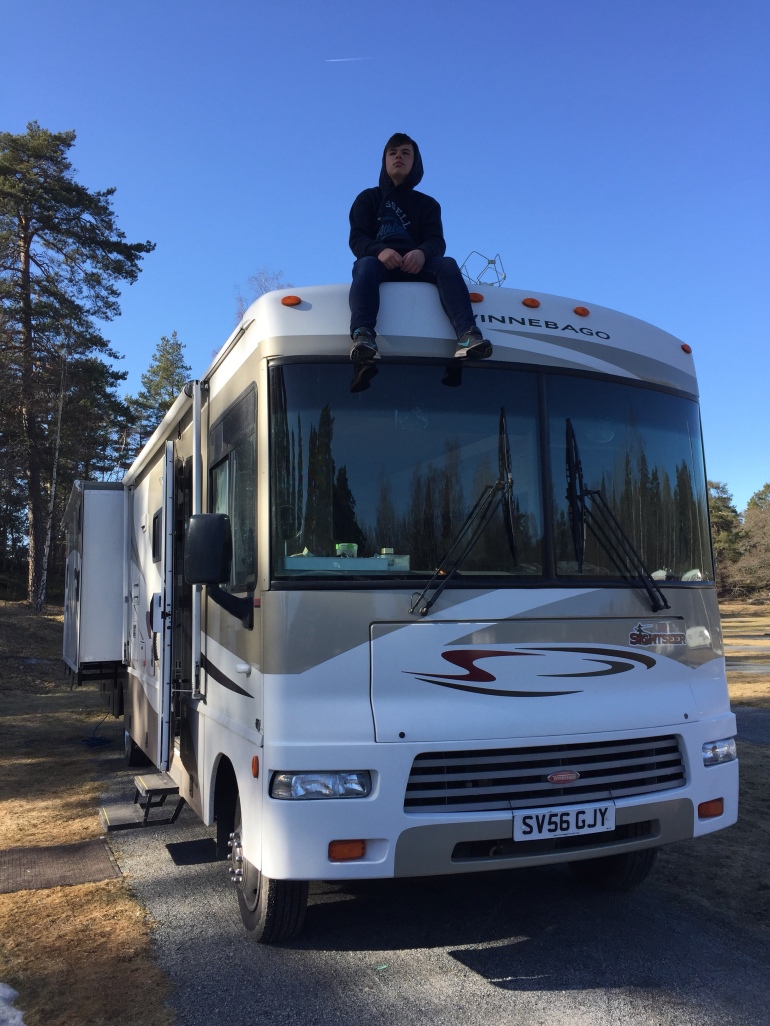 Helping my mum cook is really fun as I really enjoy cooking and I hope this will help my knowledge of all the foods from around Europe. I plan use all my experiences to write a cookbook. Watch this space…….. 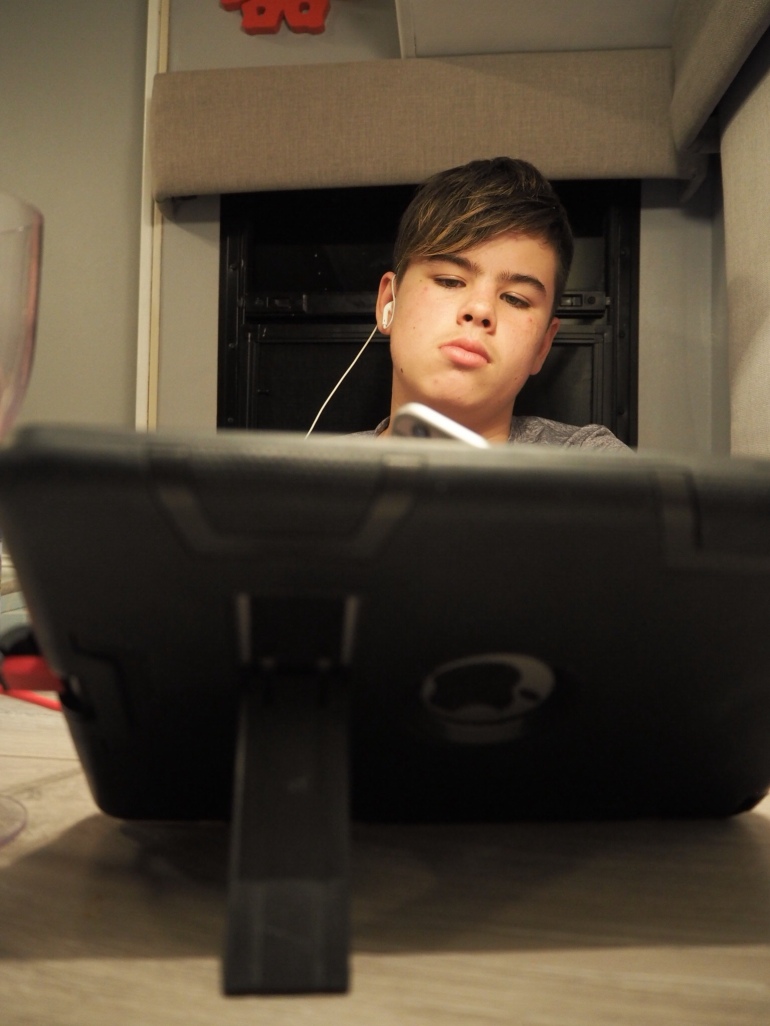 We are retired expats and after 14 years of living and working in Asia have decided to travel Europe as we certainly aren’t ready to settle down and haven’t yet defined what retirement means or looks like and still don’t know where to call home. View all posts by retiredtoexplore