A 40 minute ferry from Stavanger takes you to Tau, then a 20 minute drive later you arrive at the start of the hike.

We came prepared with studded shoe grips but were advised that we should wear chains due to the ice and snow on the trail. These can be hired from the visitor centre. 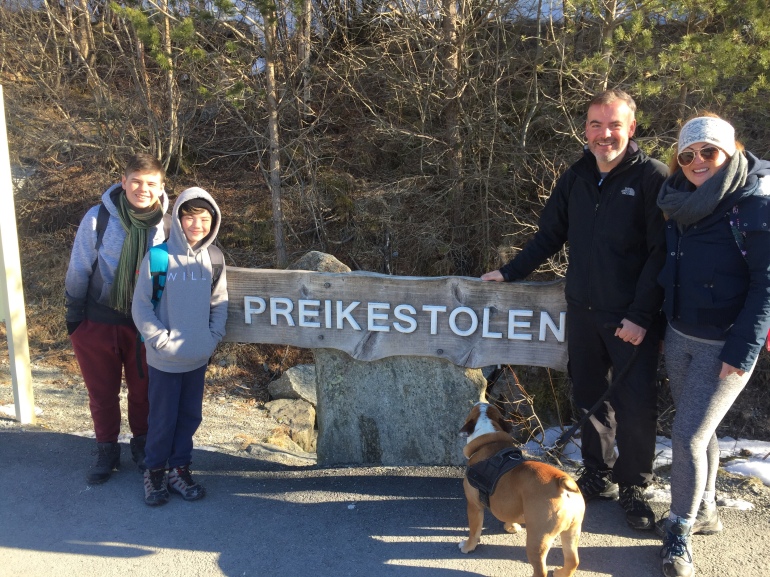 Many people arrived in trainers and still made it up, although the studs made a big difference and I’m glad we had them. There were parts where neither studs or chains helped when we were coming down and we opted to just come down on our backsides because it was so steep and slippery. 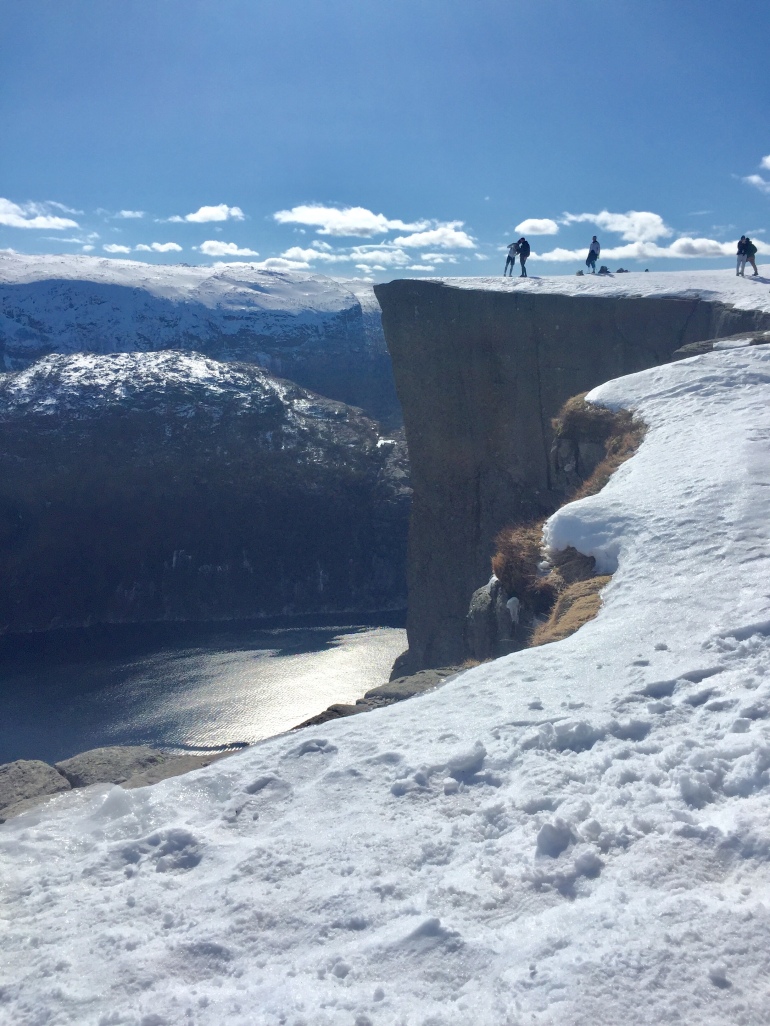 It is approximately 2 – 3 hours and 3.8km each way. We had been watching the weather forecasts and knew we were going to be in for clear sky. 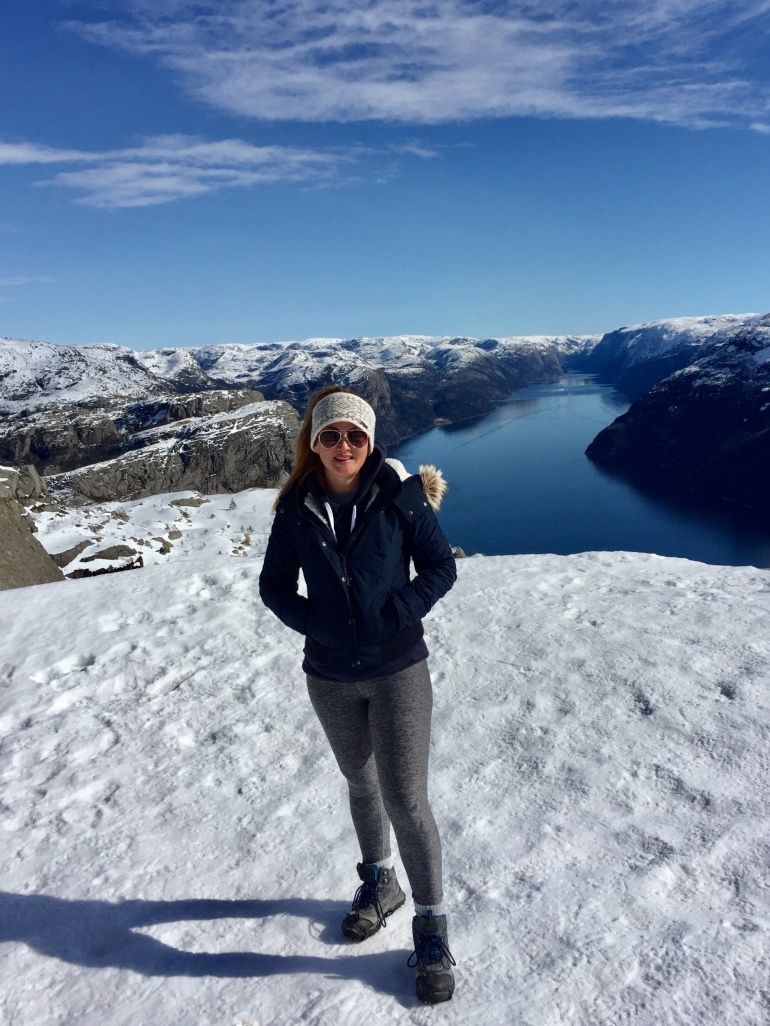 We got to Preikestolen National Park by 10.30 and started up the trail. The first part was quite flat and not too steep although there was a lot of ice as it’s quite shaded. We took it steady and enjoyed the scenery on the way. Lester did a great job, he powered on and didn’t seem to get tired the whole way up. 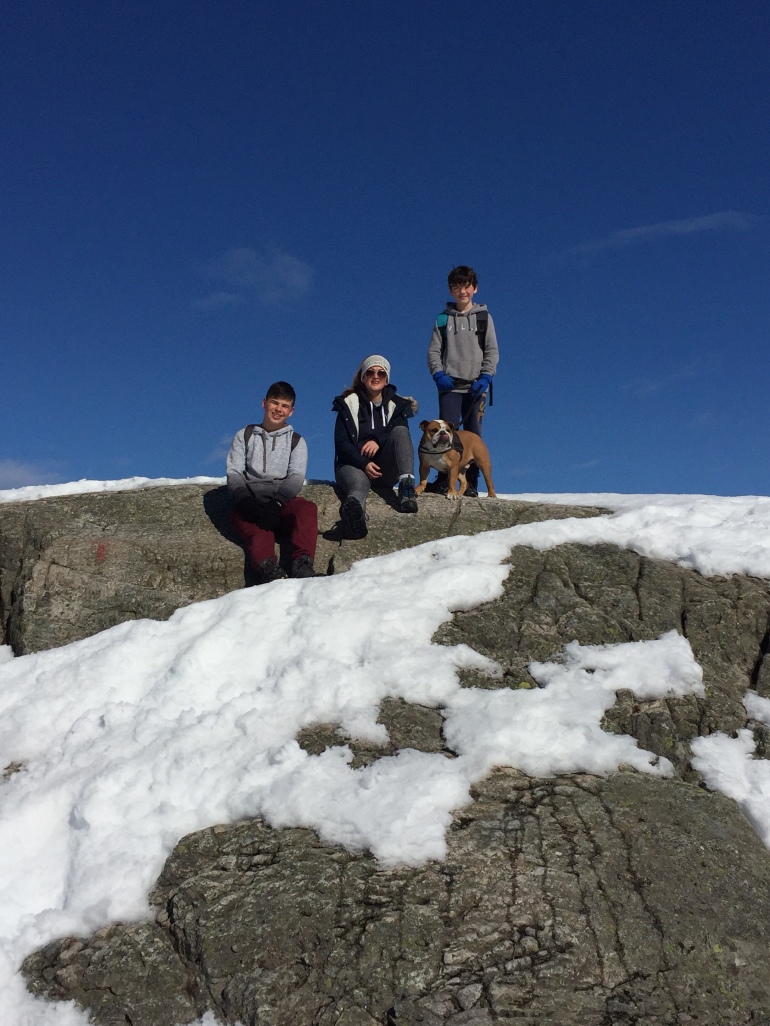 The sky stayed beautifully clear the whole way and we were excited to reach the ledge.

The view over Lysefjord is spectacular. When we settled at the top we had some lunch and took some photos (not from the very edge as it is crazy scary) then we started the tricky hike down. It was much harder coming down because of all the ice and we had to let Lester go on a few occasions as he was in danger of pulling Jon down.

A once in a lifetime experience and we have been lucky enough to visit Preikestolen twice and this time the weather was amazing. 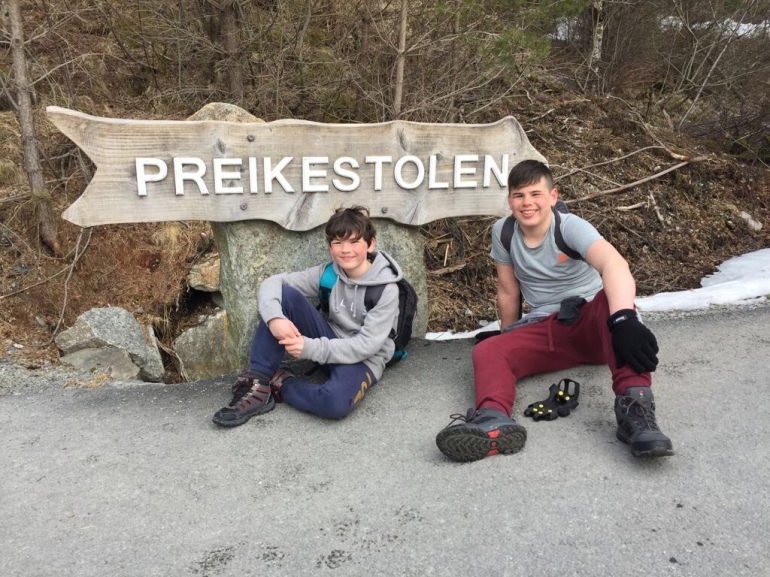